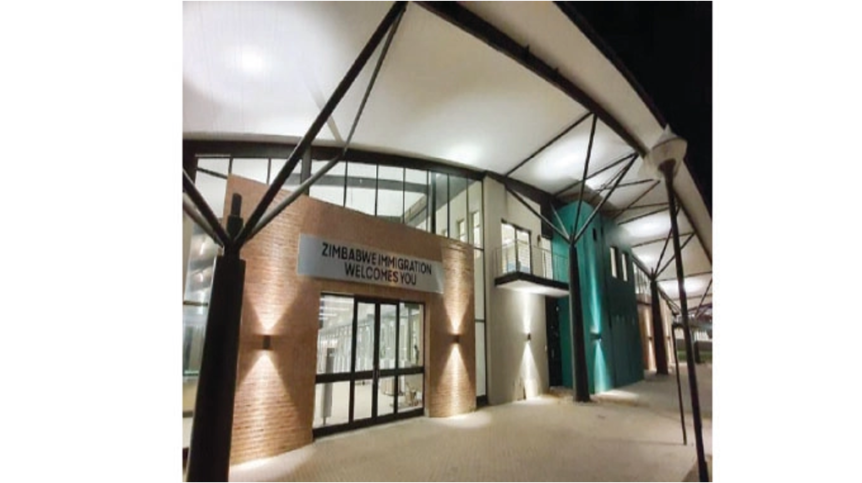 The newly revamped facilities by Zimborders at Beitbridge opened on Monday 11th October, hopefully, a new era for the notoriously troubled crossing.

The new-look Beitbridge Border Post that is shaping up following the completion of the first phase under its ongoing US$300 million modernisation programme has ignited excitement among the border town’s residents.

Modernisation of the Beitbridge Border Post is in line with Vision 2030 of attaining an upper-middle-income economy and is one of the key projects being undertaken by the Second Republic to promote the ease of doing business and trade facilitation.

Civil works are being rolled out in three phases, with new terminals being built for each vehicle category.They will include new vehicle parking areas and feeder roadways.

The first phase was confined to upgrading the buildings, warehouses, roads, installing weigh-bridges, and a new main freight terminal building. And also, have a maintenance building, which will house all systems at the border.

The second and third phases will involve the construction of new terminals for buses, light vehicles and pedestrians.

There will also be the construction of water and sewer reticulation infrastructure and 220 houses for border staff.

There has, however, been massive pushback from transporters in terms of costs – which Federation of East and Southern African Road Transport Associations CEO Mike Fitzmaurice concedes are high.

The costs (see below) do, however, need to be seen in a broader context. “They are high, but at the end of the day, we need an efficient logistics system – and if we have that in place, trucks will turn around three or four times a month instead of once a month, which means you start to make a profit.”