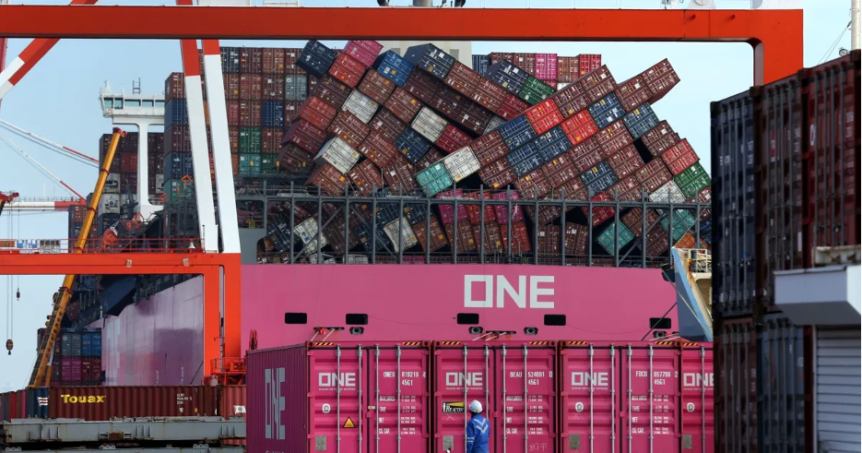 Containership capacity under strain with carriers being effectively “full” at more than 90% utilization on most trade lanes, while freight rates remain at unprecedented high levels.

Carriers are fulfilling 60-65% of their long-term freight contracts and due to the current pressure on carriers, once disruptions in the supply chain occur, there is not enough capacity to make it up.

Shippers and carriers are looking for opportunities to address the current market constraints and we have heard about dry bulk vessels trying to get certified as container vessels, that will allow them to “deck load” containers.  Insurance groups have however warned of the risk this pose to cargo.

Services from Pakistan are severely constrained, with limited capacity available, as well as reduced sailings being published by carriers.  We have been advised that some carriers are not releasing bookings for South Africa, with direct services being impacted and re-routing of the Karachi service via Singapore is anticipated for September.

Freight rates from India are erratic as carriers are withdrawing contract rates and freight is advised on a vessel-to-vessel basis. A Peak Season surcharge (PSS) was announced on all services out of India with the first PSS having come into effect 10th September 2021 and the second on the 20th.

Carrier capacity is severely limited out of Asia and is expected to worsen through September into October.  All carriers are over committed, releasing limited bookings and equipment.  We anticipate the Golden Week celebrations will add to congestion challenges being experienced at major Asian ports.  There have been restrictions of certain commodities from China into Hong Kong and any IMDG cargo from this region will need to be shipped FOB Hong Kong and remains subject to carrier acceptance. This includes lithium batteries classified as DG cargo.

Africa exports from South Africa are constrained, with carriers advising that vessels calling ZA ports, mainly from the Far East, are at capacity causing export bookings from South Africa to not be released. We received notifications from various carriers of General Rate Increases (GRI’s) being announced on various export trades from South Africa.