Forwarders are predicting ‘big chaos’ and very high rates in the coming air peak season, as a host of issues combine, leading to demand significantly outstripping supply out of Asia.

The problems in Shanghai, where an outbreak of Covid has led to strict crew and quarantine rules for all airlines, reduced manpower on the ground by about two-thirds, are expected to exacerbate the already bad situation. The depleted workforce has led to a temporary ban on passenger freighters out of China, reducing already limited capacity, while charter approvals have been put on hold.

Several forwarders have noted that the big retailers and multinational forwarders were now operating scheduled charters. Rates are already on the up. In the past two weeks, rates from China to the US west coast rose to more than $10 per kg, while forwarders reported $11.50 to Chicago and therefore rates to South Africa are and will continue to rise.

“South-east Asia to the US … is increasing to double-digit figures. Moreover, certain airlines prioritise US-bound cargo instead of Europe-bound purely for the higher yield it offers. Hence, it may be easier to secure space for the US than for Europe.

“Any form of rate stability is now gone, with carriers quoting rates on a shipment-by-shipment basis. As a result, local origins do not have much control over the rates and HQ decides on the pricing.

“The capacity crunch is so severe that bigger shipments of cargo, in excess of 40cu metres, are very challenging to move from major [Asian] export airports.”

The Singapore-based forwarder explained that the South-east Asian market was suffering from manufacturing delays, adding to air freight demand as shippers try to speed up supply chains. 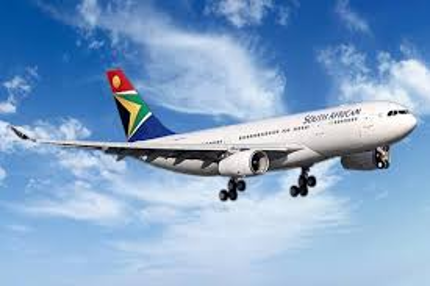 South Africa’s state-owned national carrier South African Airways (SAA) will restart flying between limited destinations from September 23, it said on Twitter, a year after it halted operations as it failed to pay its debt.

SAA is one of a number of South Africa’s debt-laden state enterprises that have regularly depended on government bailouts. It entered a form of bankruptcy protection in December 2019, but its condition worsened as the Covid-19 pandemic restricted air travel and hurt its minimal cash flows further.

“After months of diligent work, we are delighted that SAA is resuming service,” the airline said on Twitter, quoting interim chief executive Thomas Kgokolo.

Initially, SAA will operate flights from Johannesburg to Cape Town, Accra, Kinshasa, Harare, Lusaka and Maputo. The statement on Twitter said that more destinations would be added to the route network as it ramps up operations in response to market conditions.