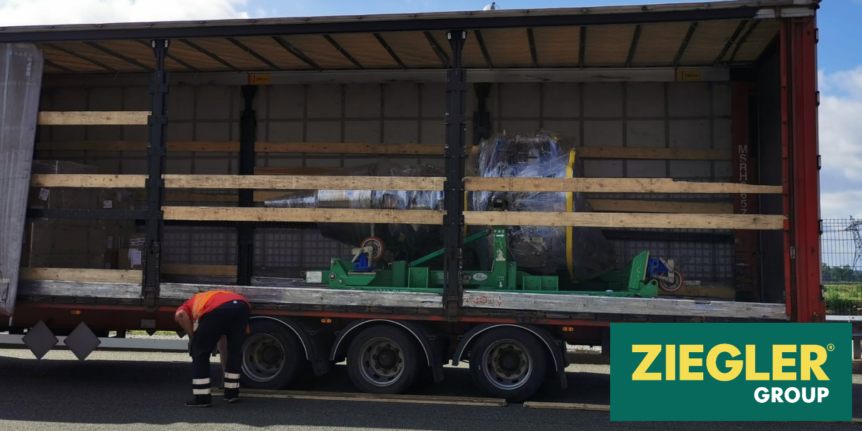 A Ziegler customer needed to send an aircraft engine to Israel Aerospace Industries for repairs. Ziegler would have easily achieved this pre-Covid-19 where there was an abundance of flights. However, currently, there are no flights ex-South Africa to Tel Aviv to accommodate the size of the aircraft engine.

Due to the size of the engine, it is considered out of gauge. Therefore, it had to be loaded onto a specific aircraft – a Boeing 747-400 Freighter – and can only be placed on the main deck.

The engine travelled from:

When travelling from Charles de Gaulle Airport, France to Liège Airport, Belgium via road, and transported from one aircraft to another, a specialised air suspension vehicle had to be used.

“This was truly a team effort and showcased the value Ziegler South Africa can bring as a global logistics solution provider with a network of more than 145 partner offices worldwide that offers a full range of logistical services. We had to work closely with airlines and their handling agents and had to have high levels of communication with all parties involved,” adds Berry.

The Ziegler AOG Desk monitored the entire engine shipment at CDG with a team available 24/7.